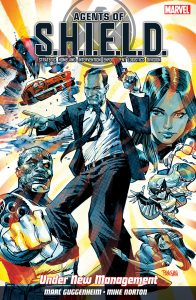 A few years ago, a chap who most definitely knows about these sorts of things, told me that the best Special Forces operators and Intelligence officers are the ones that most normal people would never suspect. They’re the people who seamlessly blend into the background and hide in plain sight, watching, waiting and ready to strike at a moment’s notice. Phil Coulson, one of the unlikeliest heroes to have emerged from the shadowy umbrella of S.H.I.E.L.D., typifies those who work in the hidden world of espionage. Formerly a minor league character in the big budget land of all powerful superheroes, he (although he did have to die to do so, so I guess he’s more than paid his dues) and his team graduated to the major leagues and became a vital part of the Marvel Universe on the small screen in the wake of the ongoing Inhuman crisis. Like Nick Fury and his Howling Commandos before them, Coulson and his squad’s escapades are rooted in the “real world” battles against terrorism and covert organisations bent on bringing governments to their knees and of holding everything together and making sure that the planet doesn’t go to hell, rather than the fighting alien armada’s, fending off extinction level events and generally saving the Universe stuff that’s best left to superheroes. Or at least they were until Under New Management, in which they become entangled in the second Civil War waging in, and threatening to tear apart, the superhero community.

Caught between the devil and the deep blue sea, but believing that’s there’s an alternative to the blinkered, regimented points of view that each side is clinging to in the superhero conflict, Phil and his team are forced into disobeying a direct order when S.H.I.E.L.D. is drawn into the battle and inevitably chooses a side. It’s a decision that costs him and his friends dearly and he’s cast adrift from the only place he’s ever known as home and forced to go it alone (well, not quite) in an effort to bring the war to close, save the life of at least one hero and restore some sort of sanity and reason to the world before Captain Marvel and Iron Man’s enmity results in any more casualties, innocent or not. As with any and all stories involving life- long S.H.I.E.L.D. agents, the plot twists this way and that, turns itself inside out and upside down and contains a plethora of surprising and unexpected reveals that solidify Agents of S.H.I.E.L.D.’s position as one of the most eminently readable and enjoyable books in the current Marvel catalogue. And when you throw in the tragic story of Bruce Banner’s death and Clint Barton’s downfall and eventual (sort of) redemption and the conspiracy surrounding his fate, well, it just bumps Under New Management even further up the must read list. Guggenheims driven, focused story and acute characterisation and dialogue is matched only by the superior talents of the team of artists (Messrs Peralta, Norton, Brown, Bachs and Anandito, I applaud you) responsible for making it explode from, and on, every page of this book. It’s true you know; one man, with a little help from his heavily armed and well trained friends, really can make a difference… Tim Cundle