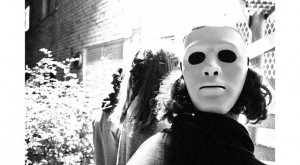 Swedish classic / doom rock masters WITCHCRAFT have announced they’ll be releasing a brand new album in the near future.

The successor of 2012’s globally extremely successful album, Legend, will be entitled Nucleus and is said to be pursuing the more rawer side of the older recordings as well as the slightly modern path of the younger past.

With an all new line-up (Rage Widerberg on drums and Tobias Anger on bass) the band sounds more hungry and powerful than ever again. In combination with the thrilling, yet very down-to-earth production by Magnus Pelander himself, Philip Gabriel Saxin and Anton Sundell it just throws you in dreamy sonic landscapes that will mesmerize and haunt you alike.

Nucleus is scheduled for an early 2016 release worldwide via Nuclear Blast.

More news on Nucleus to be released soon.