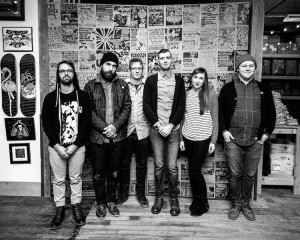 Check out the music video premiere for Alcoa‘s single “All Dolled Up” via AVClub Music now. The track appears on the band’s new LP, Parlour Tricks, which was released last Tuesday. The album’s influences are apparent; vocalist Derek Archambault spent a lot of time listening to artists like Gram Parsons, Elliot Smith, Rocky Votolato and Ryan Adams when he formed Alcoa back in 2002. The band took the backseat to Archambault’s full-time band, Defeater, until 2012 when Alcoa released its debut full-length Bone & Marrow to great critical acclaim. Now, Alcoa has released its sophomore album Parlour Tricks which once again pulls those alt-rock/country influences, but with more diverse instrumentation and honed-in vocals from Derek’s wife, Alyssa Archambault. The result is an album more mature and multi-faceted and is an absolutely gorgeous listen. Stream the album in full now on Bandcamp.

On March 5th, Derek Archambault will hit the road solo for some North American tour dates as Alcoa. The shows will take him from New England out to Michigan and back, including a stop in Toronto. Following that, Archambault will hit the UK and Germany in May before returning to the states for a highly coveted set at this year’s Skate & Surf Festival. Check out the full list of tour dates below.