Warning: preg_match() expects parameter 2 to be string, object given in /var/www/vip4/sites/vip6102689/httpd/htdocs/wp-includes/formatting.php on line 4866
 Victory Records is proud to announce the signing of Texas metal ensemble SHATTERED SUN to their roster. - Mass Movement
x
Spread the love 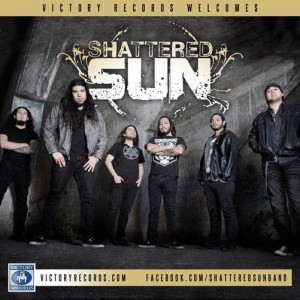 Watch the lyric video for the title track “Hope Within Hatred”

“This has been a day we have been working and striving for since we were 13 years old, just barely picking up an instrument. The fact that we have signed with Victory, who have produced some of our favorite bands of all time, is unreal,” SHATTERED SUN vocalist Marcos Leal offers. “This is a dream come true for six small town guys and it’s truly an honor to be a part of this family.”

In anticipation of the release of Hope Within Hatred, SHATTERED SUN will be performing at the 17th annual New England Metal & Hardcore Festival, taking place in Worcester, MA at The Palladium, on Saturday, April 18th. Vocalist Marco Leal adds, “We are honored to be a part of this amazing festival and to perform with such an amazing line up! We’re looking forward to bringing some Texas metal up to New England.”

For more information on the New England Metal & Hardcore Festival and details on how to purchase tickets, please visit www.metalandhardcorefestival.com.