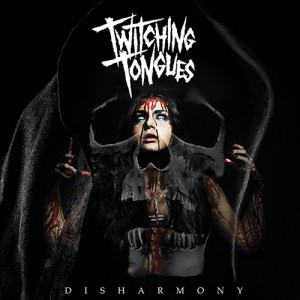 Southern California’s rising underground metal/hardcore band TWITCHING TONGUES has unveiled a new song called “Sacrifice Me” today at NPR.org. The track is featured on the band’s impending, third studio album, “Disharmony”, which will be released on October 30th with Metal Blade Records.

“Choosing the next song to release from the album was a difficult task, but we wanted to showcase something different from the title track that represented another part of the overall dynamic,” vocalist Colin Young tells NPR.org. “We chose “Sacrifice Me” because something about it just felt like magic when we recorded it. It doesn’t sound like any other Twitching Tongues song, and it’s got a spirit of its own within the record. It’s for those constantly affected by the negative actions of others growing up: The freaks, the nerds, the outcasts, the bullied. Always fight back. ‘They deserve every second of pain’.”

Today’s news also comes on the heels of the band’s addition of lead guitarist Sean Martin (ex-Hatebreed) who joins TWITCHING TONGUES just in time for their upcoming U.S. headlining tour.

Fans can watch TWITCHING TONGUES new video for the title track, “Disharmony,” at https://vimeo.com/137257748 and pre-order the record at metalblade.com/twitchingtongues. Catch the band on their upcoming European tour in early 2016 with Ignite, Terror, H2O et al.