It has been a big weekend for UKHC and I’m feeling quite spent so forgive me if this months column is more succinct than usual. Sav Fest took place at Temple Of Boom in Leeds last night and resurrected the likes of Survival, Deal With It and Coldsnap (amongst many others) from the depths of the UKHC boneyard for one night only. What transpired was a wonderful evening full of genuine warmth and mindless violence in equal measure. Oh the humanity. Hardcore, I still love you.

And whilst it’s sometimes fun to dig up the bones, Trapped Nerve is fully concerned with the beating heart of the here and now so let’s crack on shall we? 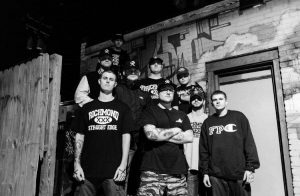 Richmond straight edge super group The Verdict just dropped their demo via the prolific Edgewood Records and it’s an absolute ripper. Counting members of Breakaway, Cast Aside and Dead Serious amongst their ranks Verdict give it some large attitude on these six tracks. It’s metallic hardcore but with a contemporary twist and a distinctly rowdy Richmond flavour. I can’t put my finger on it but parts of this remind me of Excessive Force, maybe it’s the belligerent straight edge tone or the occasional mid pace chugging, but there’s something in the mix for sure. Elsewhere they pop with the kind of energy and aggression that distinguish their parent bands. Vocally there’s a whole bunch of different heads lending their myriad voices to this demo. It evokes a gang vibe bringing to mind similar projects like Shockwave or Barfight. If that sounds of like your cup of tea go check out The Verdict here 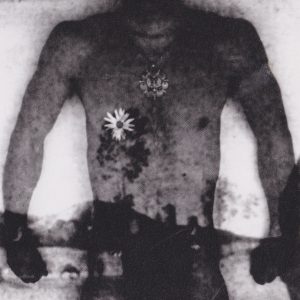 Staying with Richmond, I recently discovered another band from the Fist called Division of Mind. There’s something genuinely unsettling about this band, maybe its the juxtaposition of intelligent lyrics that are a cut above the usual old toss with malicious riffs that drip with a genuine sense of violence. Division Of Mind are band that succeeds in being really clever and ignorant as fuck at the same time, on some Good Will Hunting shit hey.  Early Kickback and All Out War would be my two immediate points of reference…it’s spiteful and wretched music that scratches around in your brain and aggravates the listeners demons. I find myself inadvertently grinding my teeth and clenching my fists when I listen to this band. Truly monstrous and it’s likely that their upcoming full length will be the Catcher In The Rye that triggers a bloody rampage. Killer band. 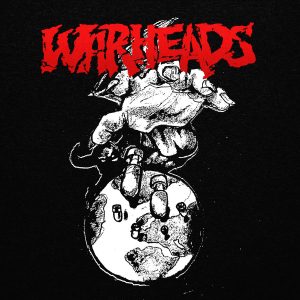 The Manchester/ Nottingham connection Warheads dropped a fifty megaton mosh bomb this month with their debut demo. Whats the script you ask…well allow me to educate you pilgrim. Remember how the Cro-Mags were once the greatest band ever to walk Gods green earth? That Age Of Quarrel is the blueprint for everything that rules about hardcore?  And then someone gave Harley and JJ Iphone’s and now you just wish they would go to sleep forever? Well Warheads scrub that sad taste out of your mouth and make you appreciate the fresh taste of cro-magnon hardcore once more. Whilst these songs are more Best Wishes than AOQ, I’m still picking up what they are laying down. The songs are perfectly structured and precisely balanced for maximum devastation. Despite it’s neanderthal gait this ain’t knucklehead music, the tracks switch levels and gears in much the same way Killing Time would hit you from all angles on Brightside. Tom’s vocals are a departure from his work in Survival. They are wild and dramatic and he sounds like Jeff from Breakdown singing with a mouth full of marbles. Insist’s Tom Howard has pulled a blinder with the production job giving the whole package a vintage NYHC flavour. Check it out here 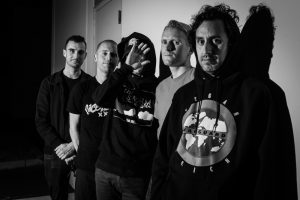 Finally we come to Southern California’s Forewarned. A new band comprised of bloodied veterans, Forewarned have been spurned into action to rage against the seemingly endless tyranny perpetrated by the demon humanity. This is the kinda focussed and righteous fury that we seldom see in this day and age. With a vocalist who’s voice is ravaged to breaking with anger and backing vocals straight off the first Earth Crisis 7”, Forewarned are the unquiet spirit of 90’s hardcore summoned forth from the grave to shout down Babylon and I fucking love it so much. Taking aim at the rise of the alt right, religious bullshit and presumably cancelled yoga lessons it’s like Birthright all jacked up on Pea Protein, all chugging guitars, harmonics and fast breaks, throats blown out and fists torn ragged from pounding on the stage.Sure its got some metal flourishes but this four song demo sounds punk as fuck to me.  My favourite track is A Thousand Cuts, if that final verse doesn’t give you chills then there’s no helping you.

In a bit. Nathan Bean