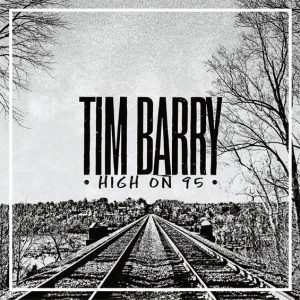 Some people leave an indelible impression. Tim Barry is one of the individuals who exemplify and personify everything that punk rock is, should be and could be. He’s one of those guys who, through your interactions with them, make you realise that you can be better than you are. He was the first person, back when he was singing with Avail, that I interviewed for Mass Movement and it’s still one of my favourite interviews. Not because it was my first for MM, but because Tim was so open, honest, articulate and easy to talk to.

The night before my daughter was born, I was at an Avail show and somehow Tim found out that Siobhan was about to come into the world, marched over, gave me a huge bear hug and with a massive smile on his face growled “You’re gonna be a daddy” and in that moment, I swear I don’t know who was happier about it, him or me. And that night, he rounded out the show by dedicating my favourite Avail song to my daughter, my wife and me. Like I said, some people leave an indelible impression on you and make your life better for having met, and knowing, them and Tim Barry is one of those people.

And his music is just like he is. It’s immediate, it’s heartfelt and it makes your soul soar every time you hear it. Okay, so it’s not the energetic, stirring, emotional punk rock of his younger days, but it’s still full of the same moving passion and power. It still hits you straight in the chest, knocks the breath out of your body, makes the hairs on the back on your arms stand on end and makes you grin that little bit harder. Stripped down and achingly beautiful, it’s the sound of a man and his guitar sharing everything that he is way down, deep inside. High on 95 is the kind of record that you can spend days listening to, just letting time and all the other stuff drift by as it pulls you in, puts its arm around your shoulder, offers you a fireside slug of bourbon and encourages you to sing-a-long and forget all of that real world stuff for an hour or two. Pull up a seat, raise your glass, take a drink and lose yourself in High on 95… Tim Cundle