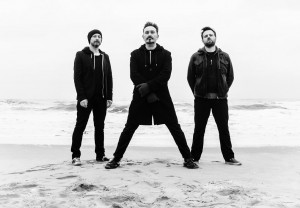 Alternative metal kings THERAPY? have revealed their latest single Deathstimate, taken from their fourteenth full-length album Disquiet which was released in March via Amazing Record Co. The single is set for release on the 30th October.

Fronted with Andy Cairns’ signature vocals Deathstimate is a broody affair, hypnotic with verses that lead into gripping hooks. The single is an enthralling insight into Therapy?‘s latest album and is a true testament to the trio’s superior craftmanship. The single is accompanied with B-side tracks If You’re Driving Pull Over and Electricity.

In light of the single the trio have also confirmed December tour dates, which will also see them perform their 1995 hit record Infernal Love in full.

Outsiders from day one, Therapy? have drawn upon the attendant feelings of alienation, frustration and dislocation for strength and inspiration across their remarkable 26 year career, crafting a dark, idiosyncratic worldview which has garnered the group a reputation as one of the most uncompromising, creative and individualistic bands of their generation. The tightly wound punk-metal of Troublegum propelled Therapy? into the UK Top 5, sold one million copies worldwide and spawned no less than five Top 40 singles (Turn, Nowhere, Die Laughing, Trigger Inside and Screamager), landing the band a Mercury Music Prize nomination in the process. The follow up, Infernal Love, bagged them the #9 position in the Top 40 Album Charts, featuring hit singles Diane, Stories and Loose.