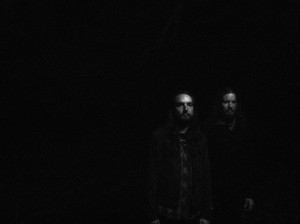 Sumac is a new band that needs almost no introduction as its lineup does the talking; the group’s core consists of guitarist Aaron Turner (Isis, Old Man Gloom, Mamiffer) and drummer Nick Yacyshyn (Baptists), with bassist Brian Cook (Russian Circles, Botch, These Arms Are Snakes) in place for studio and some live performances. Having recently formed, Sumac is excited to announce its debut album, The Deal, which will be available on February 3rd from Profound Lore Records on CD and Digital formats and via SIGE on vinyl. Check out a sampling of the album’s steamroller-crushing heaviness and methodical free-range technicality now on YouTube.

Sumac came to fruition when Aaron Turner had the urge to once again create colossal-sounding music, bringing back the heaviness that he incorporated in Isis as well as what he’s currently creating with Old Man Gloom into a wholly new and different direction. A goal for the band to strive for was to write some of the heaviest music Turner had ever written, and he found the ideal partner with Baptists drummer Nick Yacyshyn. One of the best drummers in heavy music today, Yacyshyn showcases and expands his drumming talents even further with Sumac.

The duo recorded six new tracks in Seattle in late summer of 2014 which would become The Deal with Mell Dettmer (Wolves In The Throne Room, Sunn O))), etc.). There, they were joined by Russian Circles/Botch/These Arms Are Snakes bassist Brian Cook who laid the pulse down for the album. The album was then mixed by Kurt Ballou (Converge) at Godcity Studios and mastered by Mikka Jusslla at Finvoxx Studios in Finland and the end result is an absolutely crushing album.

The Deal will bring some familiarity with Turner’s repertoire and will rekindle that classic Hydra Head Records forward-thinking sound and feel. With such a stellar lineup, it should be noted that Sumac is a full-time band- tonight marks their debut performance in Vancouver with Deafheaven with more touring and other live actions forthcoming. 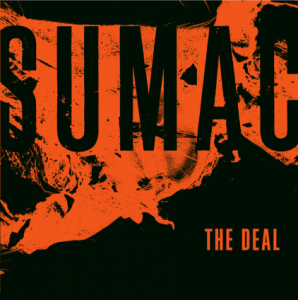