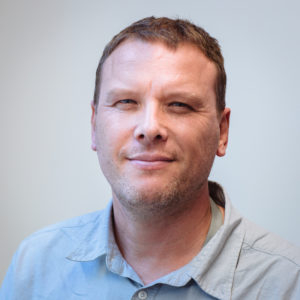 With the news that Star Wars: The Last Jedi was the biggest film at the UK and Irish box office in 2017, Portsmouth’s newest Comic Con is delighted to announce that ILM London’s supervising art director Kevin Jenkins will be attending what is set to be the largest Comic Con of its kind coming to the South this May. Jenkins is the only art director to have worked across all of the latest Star Wars sequels.After many years working on book jackets, in advertising and gaming, Jenkins moved into TV with BBC’s hit Walking with Dinosaurs series. He then worked on various shows which led to his role as art director on Steven Spielberg’s award-winning 2011 film, War Horse.It was his War Horse experience which inspired his partnership with multi-Oscar winning production designer, Rick Carter, to lead the unit which worked on over 50 visual development projects including Clash of The Titans, World War Z, Zero Dark Thirty, Dredd, Edge of Tomorrow, Thor: The Dark World, Guardians of the Galaxy and Avengers: Age of Ultron before his move to ILM where he is currently working on a number of upcoming Lucasfilm projects.        Kevin Jenkins joins an already impressive line-up of creators from around the world which includes the likes of Russell Walks, Walter and Louise Simonson, Tommy Lee Edwards, Rafael Albuquerque, Frank Quitely, Tim Bradstreet and Dave Dorman. Sadly Mark Buckingham has had to withdraw from the event and cancel all convention appearances for the coming months due to a medical emergency in the family.   Alongside the stellar artist line-up, cosplay and a Comic City of collectables and merchandise featuring lead retailer Forbidden Planet, Portsmouth Comic Con has a range of entertainment zones that will take visitors behind the scenes of comics and the screen.

This will include a Virtual Reality Zone hosted by The University of Portsmouth, an Interactive Zone of video and gaming and a Wonder Zone featuring FX artists, character illustration workshops, and costume displays. There will also be an Ewok exhibition and a Steampunk area designed to reflect the subculture popularised by the likes of The League of Extraordinary Gentlemen series of graphic novels by Alan Moore and Kevin O’Neill.Led by The Gosport Steampunk Society, the fastest-growing society of its kind in the South, the dedicated area will feature nerf duels, target shooting, a photo booth and the staple of all Steampunk events – the magnificent tea duelling where visitors will face off over a Victorian tea table to satisfy their honour.If you are serious about comics, love Marvel films or cult series like Dr Who and Star Trek or are simply looking for a fun family day out, this is the event for you.  The event is the brainchild of Portsmouth Guildhall and Tripwire Magazine. Tripwire has been, for over 25 years, the pre-eminent comic and genre publication read by some of the biggest names in the film, TV and comic industry. A range of tickets are available and with Early Bird discounts ending on 31st January book your tickets now at www.portsmouthcomiccon.com or call the Box Office on 0844 847 2362 .