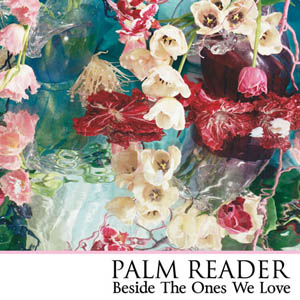 We are extremely proud to announce that on the 6th April 2015 we will be release Palm Readers 2nd full length album ‘Beside The Ones We Love’ on CD / Limited Vinyl LP / Digital – Pre-orders now available from our site and on Digital from iTunes and Amazon.

We’re chuffed to be associated with such a highly respected band as Palm Reader. These guys received massive critical acclaim with their debut album ‘Bad Weather’ and it’s an absolute honour that then guys put their trust in us to release Beside The Ones We Love!

An exclusive Palm Reader Shirt, artwork by Luka – Grey Days (Gallows, Feed The Rhino, Baby Godzilla) is also available as part of a CD or LP combo deal or individually.

Three tracks have already been streamed prior to the release of the album ‘I Watch The Fire Chase My Tongue‘ (Official Video), ‘By The Ground, We’re Defined‘ and the massive ‘Sing Out, Survivor‘ so you can check out the these tracks and see why we think this record is ground breaking in so many ways.