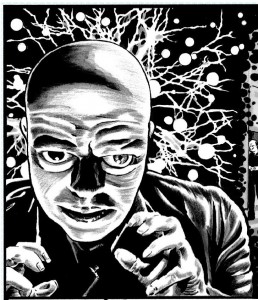 Of all the locations created by H. P. Lovecraft, none strike such an ominous a note as the ancient town of Innsmouth.

Until now, the only way to visit Innsmouth was through Lovecraft’s fiction, but thanks to an innovative crowd-funding campaign, you can actually purchase property in horror’s most legendary town. That’s right you can now buy and own a house in Innsmouth and it won’t break the bank, (though it may cost your soul).

As part of the crowd-funding campaign for the graphic novel Beyond Lovecraft, multiple award winning artist Rob Moran is building a huge scale diorama of Innsmouth, based on extensive research. As one of the campaign’s perks, Rob will build a select group of contributors a scale model of a house at one of Innsmouth’s prime locations. The house will come complete with a fully illustrated sales brochure, a deed of sale and a special letter of thanks from the town’s leading realtor.

And this is only one of the unique perks and one-of-a-kind experiences that this Indiegogo campaign is offering contributors.

Beyond Lovecraft is a portmanteau horror story that draws directly on the work of H. P. Lovecraft. Drawn by Rob Moran, and written by award winning horror writer Jasper Bark, Beyond Lovecraft is set in the apocalyptic aftermath of the return of the great god Cthulhu. A scattered band of survivors scratch a bare living, hiding in the shadows of their lost world. A tiny group of scientist from Miskatonic university find a way to access the fabled Library of the Yith. An alien archive that contains the entire history of the universe, first mentioned in Lovecraft’s novella: The Shadow Out of Time. 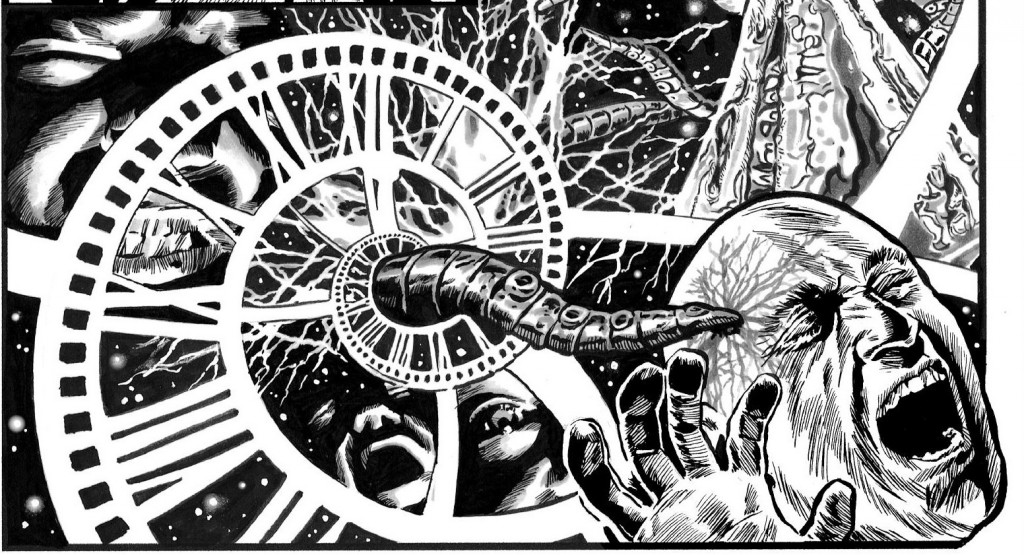 The scientists hope to find a way to stop humanity’s extinction and win back their planet from the Elder Gods. Instead they uncover four tales of cosmic terror, and personal loss, that will forever change the way you view the Cthulhu mythos.

Writer Jasper Bark, says: “I think the main thing that makes our campaign stand out, is that it belongs to whoever gets involved. So many readers feel they have a personal stake in the Cthulhu mythos because, from the very beginning, Lovecraft shared his mythology with other authors as well as his readers. We want to continue this in our approach to the campaign. Every perk we’re offering, is designed to put contributors at the heart of this campaign, to give them a sense of ownership. You know when you pick up a comic and think: ‘This was made just for me!’? If you’re a Lovecraft fan, that’s how we want you to feel about ‘Beyond Lovecraft’. We’re putting it together especially for you.”

Rob adds: “Apart from being a cracker of an idea, some wonderful new twists and insights on the classic Lovecraft stories by Jasper and, all modesty aside, probably the best art of my career, I think there is a great thirst for Lovecraft to be done properly. Can you imagine Lovecraft drawn by Bernie Wrightson or Frazetta or Jesus Blasco? That’s the kind of art I want on Lovecraft stories and I think a lot of Lovecraft purists might feel the same way.”

The Beyond Lovecraft Indiegogo Campaign starts on October 5th 2015 and can be found here: https://www.indiegogo.com/projects/beyond-lovecraft/x/9785467#