Each issue of WWE: NXT TAKEOVER will focus on different Superstars from different eras of NXT: 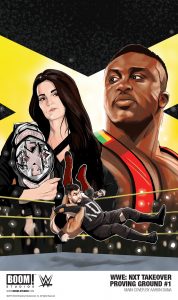 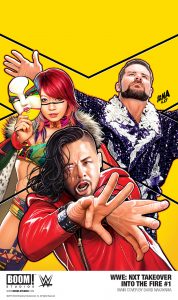 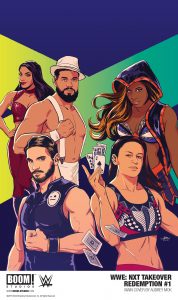 “The Superstars of NXT are responsible for some of the greatest moments in sports entertainment history and we’re thrilled to show readers the secrets behind the rise of WWE’s third global brand,” said Chris Rosa, Editor, BOOM! Studios. “From Seth Rollins to Shayna Baszler, each of your favorite NXT Superstars will get their moment to shine in this weekly event.”

Print copies of WWE: NXT TAKEOVER will be available for sale in September, 2018 at local comic book shops (use comicshoplocator.com to find the nearest one) or at the BOOM! Studios webstore. Digital copies can be purchased from content providers, including comiXology, iBooks, Google Play, and the BOOM! Studios app