Mutation is the brain child of Wildhearts front man Ginger and Scott Lee Andrews from Welsh noise mongers Exit International. Their devastating new album III: Dark Black is out now and they are touring the U.K in October so MM thought it was about time that we caught up with Ginger for a chat…

MM: Mutation was formed by yourself and Scott Lee Andrews from Exit International. How did you and Scott meet?

Ginger: Scott and I have known each other for quite a while now, probably longer than we even realise. There are some people that you just meet along the way and they end up feeling like an extension of yourself. Denzel is the same. I had no intention of being in a band until Mutation presented itself as three old friends who share a passion for music, and who have never fallen out.

MM: The new album is out now entitled III: Dark Black. I read that most of the ideas for this album were written when you and Scott stayed at a caravan. Is that true?

Ginger: All of the ideas came to us in that caravan. The existence of the album was down to that time alone in the caravan, where we explored the darkest side of ourselves. The places that you keep private, that most people don’t even know about, let alone experience with you. The darkness that even scares the sufferers themselves, that’s where this album came from. That was the shit that we planted the seeds in.

MM: The lyrics seem to be dealing with anxiety and depression issues amongst other things. Did the writing process serve to ease any of those issues?

Ginger: I’m not sure that ease is the right term. Sharing the problems certainly made them legitimate enough to base an album on. The thing is, with music this extreme, it’s easy to look like a clown. Just playing fast and angry for the sake of it. If you don’t have absolute belief that this is the soundtrack to where you’re at, then lovers of the genre will find you out. They’ll smell a rat. The music of Mutation is as authentic as any extreme music currently being made anywhere in the world. Believe me. 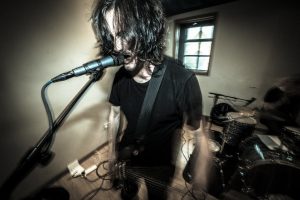 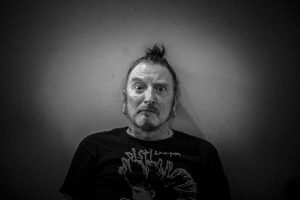 MM: There’s a host of guests on the album. Was there anybody else you would like to have played on the album?

Ginger: I would have liked Al Jorgensen to appear, but he is notoriously crap at emailing. Which worked out really well as it turns out, as Ministry have been one of the bands that reviewers have regularly name checked. If it sounds a little like Ministry, and Al was doing the vocals, it would just sound like a sub-standard tribute. And as personally gratifying as that might have been, as I’m a huge Ministry fan, it would have broken the spell that the album seems to have on people. The relentless hopelessness, anger and frustration.

MM: Mutation is probably the heaviest band you ever done. Who are some of your favourite heavy bands?

MM: You are taking Mutation on tour in the UK in October. Having toured the length and breadth of Britain over the years, where are your favourite places to play in the U.K?

Ginger: London is always a great place for me to play. Many people don’t like playing the capital but I’ve had so many amazing shows there that I really look forward to coming back. Glasgow is incredible, Manchester is always another highlight, the Midlands is like a second home and, on a good night, Newcastle is one of the best crowds you could ever hope to find. 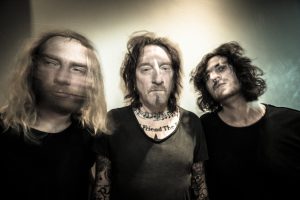 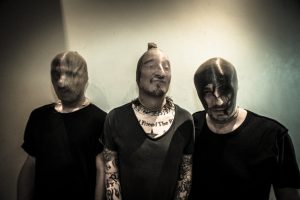 MM: When you think back on your career in music, what sticks out as the best show(s) you’ve ever played?

Ginger: Y’know, as with things like Download festival, when the authorities pulled the plug on The Wildhearts because they thought we’d cause a riot, I tend to only remember the one that were trouble, the ones that turned out nothing at all like I expected them to.
Like when SG5 set fire to Nottingham Rock City, by using pyro that somehow got through the ceiling and into the lagging. Fights breaking out with the band and security in Finland, because fans wanted to get onstage with The Wildhearts. If there was trouble then I remember it with fondness. I am fortunate that I get very excited about what I’m doing next. I think the Mutation shows are going to be some of the best shows I’ll ever play.

MM: You’ve done a variety of different bands, are there any avenues in music you’d still like to explore

Ginger: For now I’m happy to just concentrate on the extremes. Mutation, for my anger, and my new solo music (Ghost In The Tanglewood), for the philosophical side. I’m just looking for honesty in music.

MM: What is the current status of The Wildhearts and are we going to see any new music from them in the near future?

Ginger: I would like to record a new album so we can buy Danny a prosthetic leg, as he just had his lower leg amputated. I want to help more than I want to resurrect The Wildhearts. I’m sure that it will be worth the wait, but when will it happen? I have absolutely no idea. My head just isn’t there yet.