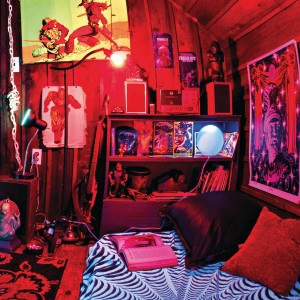 Monster Magnet – Cobras and Fire (The Mastermind Redux) CD (Napalm Records)
A ‘reimagining’ of the bands last album; A first? I’m certainly not aware of anyone else trying this. Kicking things off is ‘She Digs That Hole’ a slight reworking of one of my favourite tracks off ‘Mastermind’ – the difference between this take and the original initially seems quite minimal before you start appreciating the subtle differences in the sound and feel of the songs. The 60s Hammond organ restyling of ‘Watch Me Fade’ actually sounds better than the original take and the introduction of the sitar to the title track also adds a certain undefinable ‘something’ to the overall sound of the track. I must admit I was initially sceptical about this release but I’m pleasantly surprised that the new musical elements (and in places lyrical adaptations) do actually enhance the songs and create a completely different ambiance to the original album. Ian Pickens