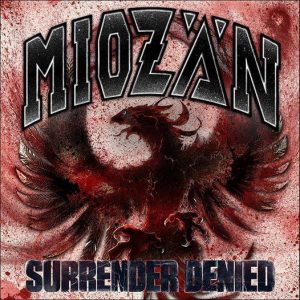 I’ve never understood why Miozan weren’t huge and why they were never treated, outside of Germany at least (as I have no idea of their standing in their home country), with the same reverence as Rykers or the Spermbirds.  They are the quintessential Hardcore band, if you cut them open they’d bleed punk rock and they are the epitome of everything that is right and true about Hardcore. Surrender Denied, their comeback album after a far too long hiatus, explodes with the force of thermo-nuclear detonation and from the instant Broken Wing kicks things off until the final chords of We’ll Make a Difference fade out, it doesn’t let up for a single second. This is music that’s played from the heart, that you feel in your gut and that makes you want to sing-a-long with every single word until your throat bleeds. An intense, head-on collision of Warzone, Slapshot and The Bruisers, Miozan, and Surrender Denied, really are the stuff that Hardcore dreams are made of. Welcome back fella’s, we’ve missed you… Tim Cundle