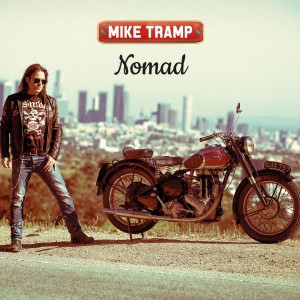 Mike Tramp completes what he calls his trilogy on his journey to show who he is and where he stands. With Nomad, Tramp reaches the final step on the ladder he started climbing (with Cobblestone street), with a full band album, from first to last song.

Tramp goes all out by saying “With this album I have done and said it all, I am going nowhere else.”

In the spirit of the album, Mike Tramp with special guests – “Lucer” embarks on a massive european tour in late summer taking them to Denmark, Germany, Sweden, England, Netherlands, Belgium, Northen Ireland, Ireland, Scotland and Wales .