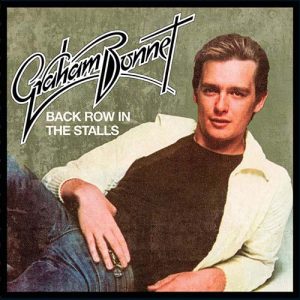 Famed for his time fronting Rainbow, The Michael Schenker Group, and his own band Alcatrazz, ‘Back Row In The Stalls’ is Graham Bonnet’s long lost debit record, which never saw the light of day… Until now that is. Originally planned for release in 1974 the content of this thirteen-track album is considerably more pop orientated than any of the iconic frontman’s past offerings and is brimming with an aura of late 60’s excess, so don’t expect any rock guitars. Instead it serves as an insight to how Bonnet’s career began and thanks to the extensive booklet and pictures, it’ll keep avid fans amused for hours. ‘Saturday’s Over’ sounds as if it’s straight from the score of Grease, whilst the album title track would fit perfectly backing ‘It Ain’t Half Hot Mum’. With six bonus tracks from rare A and B sides, this release is interesting and different, but maybe for diehards only… Mark Freebase