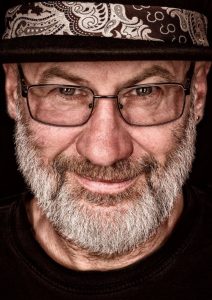 Billed as ‘Farewell To Childhood’ and his final full album performances of ‘Misplaced Childhood’ on its 30th Anniversary is a fitting way to start the countdown of a truly majestic musical career.

Fish needs no introduction to anyone who has a ounce of interest in anything to do with music, and it was clear tonight that the abundantly rammed out grandiose three-tiered theatre house was in full support of his agreement to find time for a few more performances of last years epic successful run.

Not out of place amongst the sparsely presented stage (just a few natural musical instruments and a pictorial backdrop) the lofty Scottish export proved why his presence amongst rock and other genres of that ilk had been so prominent over the years. Kicking off with several newer tracks of his documented solo career, and the immensely popular between songs stories it was these gems that warmed the way for what was one of the charismatic vocalists most popular and successful records of his career. Played in track order, and its entirety, it was the content of ‘Misplaced Childhood’ that caused the contents of the theatre to rise from their (comfy) seats for the presentation. Stopping for barely a breathe between each song, the passion from Derrick’s performance was food for thought… delivering an almost comforting chill in the fact that this, his hometown for so-many years, would be one of the last places he put to rest such a poignant piece of his life. With the inclusion of ‘Market Square Heroes’ – another distressing story of the above mentioned town, and the compelling reaction from all present, this was a 2 hour set that will surely go down in music lovers memories for many, many years.

With retirement rumoured to be kicking in shortly (around the 2 year mark) it would be a great shame for those who have yet to witness this artiste, to miss out, for whatever reason. There are several remaining dates, some tickets available at time of press… 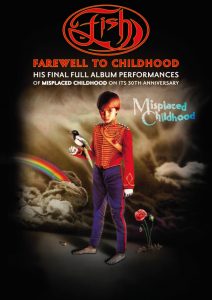