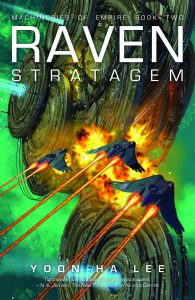 When I originally came up with the faction powers for the hexarchate, my thought was that yes, everything was magic, but I wasn’t diverging very far from real life.

Wait a second, you say.  The Kel, who show up in the very first book, can self-immolate themselves and organize themselves in geometrical patterns to summon battle magic.  How in any world does this have anything to do with real life?

I will grant you that the battle magic isn’t real.  But let’s take a closer look at formation instinct, which is a precondition for the battle magic.  In the world of the story, formation instinct is a form of brainwashing.  When “correctly” applied, a Kel with formation instinct cannot disobey orders from someone higher up in the chain of command.  I came up with formation instinct as an exaggeration of the camaraderie and esprit de corps that military training attempts to instill.  Of course, I would hope that in a reasonable world we would still see room for initiative and individual thinking and disobeying illegal or immoral orders.  But the hexarchate is not a reasonable world; it’s a horrible dystopia.  And it’s a horrible dystopia where brainwashed, obedient soldiers who won’t go off the rails are made all the more attractive because one of their most famous generals slaughtered his own command without warning.

Raven Stratagem introduces the Andan faction’s special power.  This is enthrallment, which is like hypnotism on steroids.  An Andan can mentally dominate someone of lower social status as long as they’re in physical proximity, although the effect dwindles with repeated use.

We don’t, to my knowledge, have people who can walk around hypnotizing other people at will.  (“These are not the droids you are looking for…”)  But we do have social psychology phenomena.  When I was in high school and college, I used to read psychology textbooks for fun.  This included things like Stanley Milgram’s Obedience to Authority and summaries of the Stanford Prison Experiment, as well as descriptions of groupthink, gaslighting, and ways in which humans respond to peer pressure.  Given all of this, I figured it wasn’t too farfetched to exaggerate for magical effect.

I’ll give you one more: the Vidona have what is arguably the worst superpower in the hexarchate, which is deathtouch.  A Vidona can kill you by touching you.  Which might be scary, but is honestly not that great in the realm of superpowers?  Because this is a world with guns.  Someone with a gun can kill you, and if their aim is any good they don’t even have to get into hand-to-hand range to do it.  For that matter, I hear that killing people in actual hand-to-hand is something that has happened in the history of humankind, it just usually takes more work.  In a way, deathtouch might better be understood as reflective of a Vidona’s place in the social order.  While they perform the “necessary” function of enforcing Doctrine, the rest of the hexarchate fears and reviles them, and the Vidona are socially “dead” to others.

Raven Stratagem shows one more faction power in action, but I’ll let you figure the origins of that one out for yourself.  Have fun!

Raven Stratagem by Yoon Ha Lee is published by Solaris and available from all good book shops on June 9th.