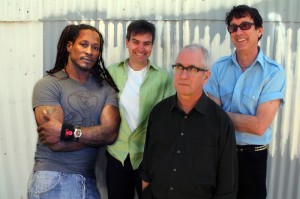 Legendary US punk band, Dead Kennedys, have announced a string of UK and EU headline tour dates for June 2015.

2014 saw the group play a handful of UK gigs, including a sold out night in the capital at KOKO, and a couple of festival appearances; now Dead Kennedys return to the UK and Europe in June, culminating with a show at London’s landmark venue, O2 Shepherd’s Bush Empire.

Formed in 1978, the Dead Kennedys were a pioneering force in America’s punk movement in the late 70s and early 80s. They were one of the defining hardcore punk bands of the time and have since become one of the most important. Their distinctive sound stood out and the influence of British punk could be heard in their music and their lyrics, which were often rooted in politics.

The group’s revolutionary spirit meant they were considered by some to be the most dangerous band in hardcore, even facing trial for explicit artwork in the mid-80s, but the Dead Kennedy’s legacy has become far more dangerous. They have influenced countless artists and musicians, even though they were largely ignored by the mainstream media during the height of the band’s career, releasing four studio albums until they disbanded in 1986.