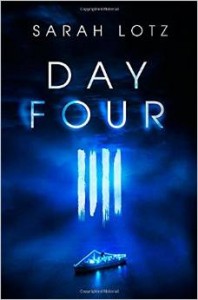 Day Four – Sarah Lotz (Hodder & Stoughton)
Creepy happenings on the cruise from hell.
Day Four is the follow-up to Sarah Lotz’s debut novel under her own name (she also makes up one half of the duo writing as S.L. Grey), The Three. The Three dealt with the events following a number of plane crashes across the globe, and was a genuinely chilling tale sure to stay with you long after reading.
In Day Four, we’re taken along for the ride as a cruise ship grinds to a halt in the Gulf of Mexico. The story follows several characters: a well-known psychic and her assistant; the ship’s doctor and other staff members; a pair of elderly ladies intent on joint suicide; and a blogger out to destroy the psychic’s already ailing reputation. As the ship’s facilities start to fail, and food and alcohol are running out, tales of strange sightings begin to spread – and the discovery of a body adds fuel to the fire.
Although Day Four isn’t a direct sequel to the author’s first novel it does reference The Three and clearly inhabits the same world. Lotz has once again delivered a stand-out novel – with a hellish view of being trapped on a ship where nothing is as it seems – and populated it with clearly defined and believable characters. As the story moves towards its inevitable conclusion, you’ll find yourself genuinely chilled by the narrative. Marie O’Regan