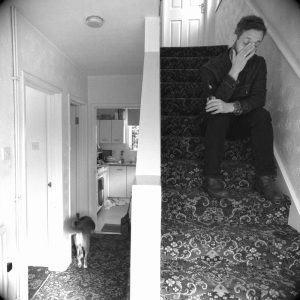 I’ve been keen to hear this for a while now ever since hearing a track online and this album doesn’t disappoint. D L Burdon is one Davey Lee Burdon, whose pedigree includes stints in the likes of Former Cell Mates and Leatherface, which will lots of you sit up and take notice, and some of you will start slavering at the mouth at the prospect of fresh material from some part responsible for writing albums like Horsebox and Dog Disco. Well the good news is that you need to stock up on tissues as there is going to be a lot of drool to mop up – this is quite simply a fantastic collection of tunes. Davey has captured the atmosphere of the Hammond/ Stubbs guitar duet work. adding a ton of influences here and there that all come together to create the style. At times a little Dr. Bison, some Drag The River or even Thin Lizzy are thrown into the mix, but in all honesty those are just pointers as Mr. Burdon has captured his own sound and mood on Accidental Aesop. At times this is very introspective such as on the fragile No One or Public Opinion Just Changed, and on other moments this a more upbeat affair especially on the title track. There are some cheeky country moments and a couple of short instrumental/ spoken word pieces break proceedings into three chapters. This has lived up to my expectations, and then some. Tom Chapman