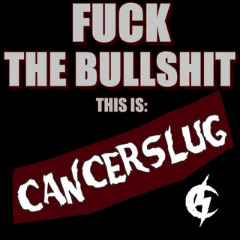 While Fuck the Bullshit… is, in theory, a greatest hits album, it’s more than just a collection of old tracks repackaged in order to funnel money from their fans’ pockets. Rather, it’s the product of a new stint in the studio where Alex and company destroy and rebuild their own songs in order to capture the current state of the beast known as Cancerslug. From album opener The Reaper to closer How to Die Inside we are given the gift of the most brutal, most beautiful versions of the eighteen tracks chosen to appear on this compilation. Even the false start on Girlfriend adds to the might and majesty of Fuck the Bullshit… I’m glad their threat to retire has instead become a new era for the band.  Jim Dodge