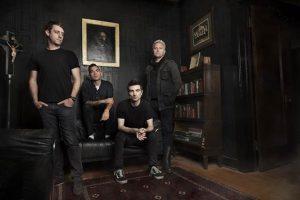 Anti-Flag, Pittsburgh’s incendiary punk rock iconoclasts, have added a one-off UK headliner at the Wedgewood Rooms in Portsmouth in the wake of their appearance at this year’s prestigious Download event, where they play on Saturday, June 11th.

Details of the headline show are as follows:-

The band, whose latest studio album ‘American Spring’ was released via Spinefarm in May 2015, recently issued a limited edition clear vinyl LP in support of Record Store Day 2016; titled ‘Live Acoustic At 11th Street Records’, this is a nine-track outing featuring songs such as ‘Fabled World’ & ‘Brandenburg Gate’.