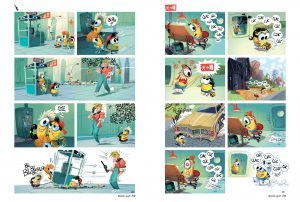 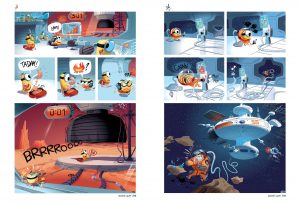 Titan Comics are proud to announce that Illumination’s Minions – the breakout mascots of Universal and Illumination’s global phenomenon Despicable Me animated film series – are set to return to comics this November in an all-new series, Minions: Viva Le Boss.

Spinning out of the highly successful Despicable Me franchise, the Minions movie garnered worldwide acclaim as well as grossing over $1 billion at the box office in 2015 with their first stand-alone movie. The latest installment in the film series, Despicable Me 3, was released in June 2017 and also grossed over $1 billion; cementing Despicable Me as one of the most successful animated film franchises in movie history.

In Titan Comics’ new Minions series, which is written by Stephane Lapuss, featuring art from Renaud Collin, the yellow Minions journey through history looking for a truly villainous leader– but are they doomed to be Minions without a master?

This despicable new comic series will be available to order through the September edition of Diamond PREVIEWS catalogue.

Fans can look forward to more from Illumination’s Minions when Universal and Illumination debut Minions 2 in theaters worldwide in 2020.