Warning: preg_match() expects parameter 2 to be string, object given in /var/www/vip4/sites/vip6102689/httpd/htdocs/wp-includes/formatting.php on line 4866
 World Be Free - The Anti-Circle (Revelation) - Mass Movement
x
Spread the love 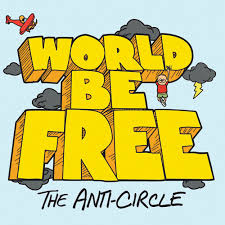 I was very excited to see this land in my inbox, this week.  When you hear that Scott Vogel (TERROR), Sammy Siegler (CIV, JUDGE, SIDE BY SIDE, YOUTH OF TODAY), Joe Garlipp (ENVY), Andrew Kline (STRIFE)  and Arthur Smilios (GORILLA BISCUITS) have formed a band, you know you are in for something a bit special. With this much talent and history behind them, they can’t go wrong.

Inspired by the hardcore albums they all grew up on, World Be Free set out with the goal of making music that was more melodic and positive than what some were used to playing. Music that wasn’t just about being the toughest or the angriest and where it was okay for guys and girls to sing along and smile. Think along the lines of DAG NASTY, UNIFORM CHOICE, MINOR THREAT, CIV, 7 SECONDS and YOUTH OF TODAY. Well, I’m glad to report that they’ve achieved that goal and then some.  “The Anti-Circle” is 14 tracks of hardcore goodness, the likes of which I’ve not heard done so well, in a long time. It’s an album which shows it’s appreciation for classic hardcore, whilst also keeping it new and refreshing. Andrew Kline’s riffs recall some of his best work with Strife, while Scott Vogel’s delivery, although toned down slightly, even offering some clean vocals in some parts, has lost none of its ferocity. It has gang choruses, “mosh parts” everything you could want in a hardcore record. They even get their old pal Walter Schreifels (GORILLA BISCUITS, QUICKSAND, RIVAL SCHOOLS) to lay some vocals down on “I’m Done”.

Artwork is handled by Linas Garsys whose previous credits include the likes of American Nightmare, The Hope Conspiracy, Ramallah and Bitter End and is very much the icing on top the cake. The cherry on the cake is that fact that it’s being released by Revelation, the label responsible for so many of the influences on this album, really makes this release an instant classic and it can proudly sit next to anything in their back catalogue quite comfortably.… Chris Andrews