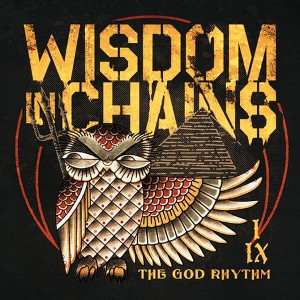 Wisdom In Chains – The God Rhythm (Fast Break!)
There were two reasons, for me personally, why Blood For Blood stood out among their peers in the 90s. The pure, sincere anger, and the amazing capability on how the band could make straight-up hardcore songs groove. The groove made sure the song stuck in your head indefinitely. Wisdom In Chains are blessed with that same groove. Something many metal bands can be jealous of. This makes sure every song is different, and will never be boring. It didn’t come easy though, this is the band’s fifth album and since their inception, in 2001, the band has travelled the road hard, and met the lows of life equally as hard. Maturity and strength are the result of that, and all this band has encountered, both musically and personally has been immortalised on ‘The God Rhythm’. Martijn Welzen