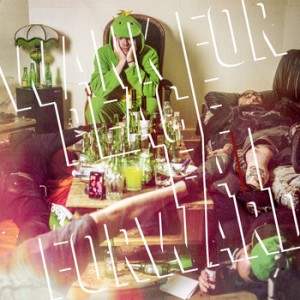 Wank For Peace – Fail Forward (Shield)
Despite the silly name Wank For Peace is a serious force to be reckoned with. From 2008 onward this French band has been storming the barricades with a great anthemic take on fierce punk rock. Their power is relentless, which shouldn’t come as much of a surprise as over 300 shows have been played since the band’s inception. That feeling you get, when a band hits the stage, is brought to life on this record. It almost has a live album feeling, where bands like Kid Dynamite, Comeback Kid and a whole bunch of assorted other kids, probably with mohawks unite. The gang vocals completely emphasize what Wank For Peace is, a union, of band and audience. It’s raw, totally in-your-face melodic punk rock. And by melodic I mean moshpit-inducing. Not a record you can afford to miss! Martijn Welzen