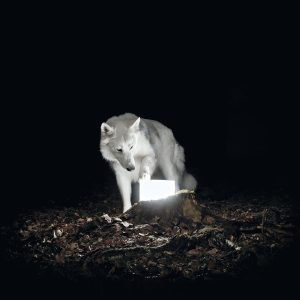 While I’m loathe to use lazy journalistic catch all, pigeonholed and simplified genre terms like “post hardcore”,  I fear I have no alternative this time, as it’s a phrase that perfectly encapsulates Vanishing Life .  More accurately, you could add post to punk rock, rock and most other guitar based sub-genres and it would describe them effectively and precisely, as they defy any attempt to be loosely tagged or squeezed into any musical movement or group. Frontman Walter Schreifels has always walked his own path, ignoring convention, trends and what’s expected of him and he continues to do so with Vanishing Life. Organic and loose, angular and driven, Vanishing Life play emotive, instantly catchy songs that draw inspiration from all of their members past endeavours and affiliations. And Surveillance  floors you every single time you play it, as with each successive spin something new manifests itself and slowly, but surely worms its way into the middle of your brain. Imagine a Venn Diagram in which circles labelled Quicksand, Alice Donut, NYHC and Fugazi intersect. In that singular, tiny space created by their conjoining, that’s where Vanishing Life exists in majestic and unique solitude.  Surveillance is, in every sense of the word, epic… Tim Cundle