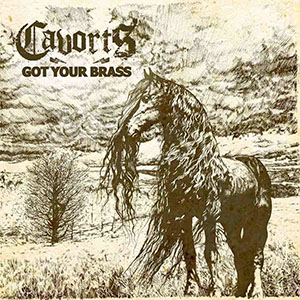 Swedish metal band, TRIBULATION, and Century Media Records are proud to announce a worldwide deal to spread the band’s upcoming aural horrors. The band is in the studio right now to record its third album which is expected to be released in April 2015 after wrapping up a US tour with genre titans Behemoth and Cannibal Corpse.

The band comments: “We are very pleased to announce that we have signed a worldwide deal with Century Media Records. Our journey has been slow but steady, but it is now time for us to stretch our black wings further throughout the world and we are sure that Century Media Records is the label that can help us do that.

Die Todten reiten schnell.* In early December we will once again enter the studio, this time to record our third album. We have covered ourselves in the darkness of the divine and the ghastly and have emerged with something that we truly believe in. Though it is an album that is in every inch TRIBULATION, expect nothing and let the music take you to the unexpected. It is a journey in its own right, for us to travel with the music that we make and at each turn it takes we are closing in on a goal that is hopefully forever out of our reach. Thus, we now prepare to die to let a new shape of the vampyre return in 2015.” (* Gottfried August Bürger, 1773)

Jens Prueter, Head Of A&R Century Media Records Europe, is equally pleased: “I first saw TRIBULATION in July 2011 in a small club in Oberhausen and was impressed by their unique kind of Death Metal. Their debut album was deeply rooted in the mid to late 80’s Death/Thrash/Black Metal but far away from a retro, old school sound. They took all classic influences and created their own universe – even more with the second album which was far beyond the formulas of death metal. I’m glad we had a good talk and cold beers back in 2011, and always remained in contact. Looking forward to working with them and help them to progress into something even bigger and darker.”

TRIBULATION formed in 2004 in the west of Sweden and quickly gained underground reputation with their first demo and the “Putrid Rebirth” EP in 2006. The first album “The Horror” (2009) was followed by various tours and festivals across Europe. After the release of “The Formulas Of Death” (2013), the band played even more festivals and completed their first US tour with Watain and In Solitude as well as most recently also a tour through Poland together with Behemoth.
Be prepared for 2015, Springtime will be sinister…