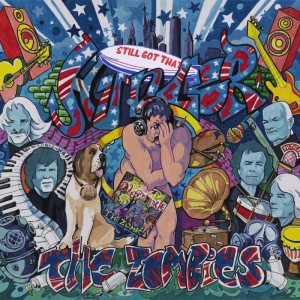 The Zombies – Still Got That Hunger (Cherry Red Records)

I can’t even begin to count the number of times I sat around smoking weed with my mate Poggles listening to, among others, The Zombies. They were a band that helped forge my love of rock’n’roll, and the frantic power of songs like ‘She’s Not There’ burned an indelible mark on my soul. But times and band change, and while they were never going to replicate the energy of their sixties heyday, The Zombies have still got more than enough of their original magic to ensure that they can stand shoulder to shoulder with the best of them. Sure, ‘Still Got That Hunger’ is more akin to Supertramp than The Sonics, but it’s still a pretty darn decent rock record, with far more than its fair share of hooks and tunes.  Fifty years on and they’re still kicking out the jams, granted it’s with less fury and intensity, but they’re still doing it. Here’s to the next half-century… Tim Mass Movement