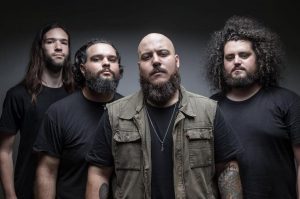 Pennsylvania bruisers THE LAST TEN SECONDS OF LIFE will release their new album The Violent Sound on October 21st via Siege Music.

Notorious for their crushing live performances and their uncompromisingly heavy dynamism, this new chapter sees the band venture into more melodic waters. TLTSOL trademark low-tuned grinding grooves are ferocious as ever and new vocalist John Robert C maintains the all important front-line aggression, however his huge range and diverse tones have refreshed their sound into something extraordinary.

Recording was handled by long time producing colleague Carson Slovak, who has recorded all their work to date.

The Violent Sound will be released on October 21st via Siege Music.