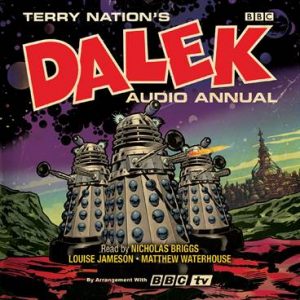 Urgent message to all Anti-Dalek Force agents: The Dalek Audio Annual is about to be launched. Scheduled for arrival on Earth on 6th December 2018 (just in time for Christmas) it will be packed with exciting tales of galactic terror, global invasion, and the adventures of a band of plucky human resistance fighters.