The Bunny The Bear is a cross-genre band that incorporates rock, metal, dance…anything that can twist a genre on its ear and make a song more interesting. Matt Tybor is the main man behind this eclectic band and also portrays the character of The Bunny. From the beginning he has written and choreographed the music of TBTB and somehow has managed to keep the band going despite numerous line-up changes and world-shaking personal challenges. Of course, creative types all know that pain and angst only stoke the artistic flames and Matt has used these embers to fuel his songwriting and continues to release albums that will move you, entertain you and leave you waiting for the next release. This interview marks the third time Matt was kind enough to answer my questions, proof that he hasn’t yet developed his rock star Ego. Hopefully, he never will. 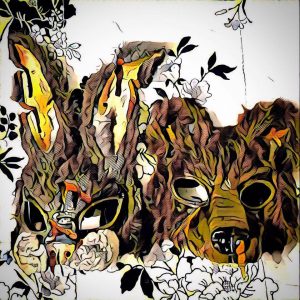 MM: How have your fans responded to Haley Roback and her place as the first female “Bear”?

Matthew Tybor: When I originally added Haley the response was pretty split I’d say. Some people were excited at the thought of a “change” and some people were completely closed to the idea. To each their own I suppose eh?

MM: Haley was only with TBTB for a short time. Do the seemingly constant line-up changes ever make it difficult to keep the band going?

Matthew: I don’t know. There’s been a few occasions where it has caused me stress but I always pull it off somehow, ha, ha. And yes, she was for a very short time, some things you don’t have control over, like someone getting pregnant, etc. All you can do is keep moving forward, chin up!

MM: Do you have any intentions of finding another female singer to be the Bear for future tours and recordings?

Matthew: No Sir, I have already replaced her with Joseph Garcia (Bear 3.0, he’s been here before, ha,ha.) And it’s gone great the last few months. Joseph is extremely talented all around.

MM: What prompted the decision to re-record ‘It’s Not Always Cold in Buffalo’ (first released on TBTB’s 2015 album Stories) for A Liar Wrote This?

Matthew: I really can’t recall the exact reason I decided to redo the track, but it’s always been a very important song to me and I know I had considered doing such for a few years. It was actually strange, I originally wrote the track about ten years ago for my son’s mother while we were going through a split. The day we filmed the video for the new version my ex-wife left me and moved back home, was just a weird coincidence, ha,ha. Almost as if the song HAD to be remade for that purpose, to get passed on.

MM: This album is quite possibly the best break-up album ever written and recorded. How much help did you receive from Taylor Swift to complete these songs?

Matthew: Ha,ha, no help. I have enough heartache to go around.

MM: During the course of your time in The Bunny The Bear you have had a steady stream of side projects. One of those was A Liar Wrote This Symphony, a band name you transformed into the album’s title. It seems to show that you consider yourself a liar. How so? What is the concept behind the name?

Matthew: Well, I think everyone’s a liar in one way or another. The things we almost naturally change about ourselves on the constant just to fit a trend or fit in, in general. I think title wise it’s more of me questioning my own sincerity in a lot of the words that come out of my mouth, a lot of words I write. I find myself questioning it quite often. 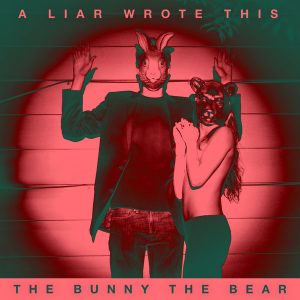 MM: Ramblings From the Rabbit Hole is your most recent side project. What will you do different with RFtRH than you do with TBTB?

Matthew: Yes it is. RFTRH is pretty different in general. Music more rock focused instrumentally and a lot more poetic lyrically. RFTRH is all about the lyrically and emotional element there, not so much the instrumental aspect. It’s meant as honest, sometimes raunchy poetry and it’s just that. It’s meant for people who don’t get offended easily and want to have an honest, open conversation about what goes on behind closed doors, in someone’s head.

MM: Has your move to Florida had any effect on your song writing? How do you keep your face from melting off in the South Fl sunshine?

Matthew: I hate it here, but no, it hasn’t done too much damage, yet ha,ha. Still rolling with the current.

MM: FaceBook is an ever-present influence on many of our lives. You and I are FB friends and I keep seeing your posts that indicate that your life is turbulent right now. Are you having girl troubles? What do you do to keep yourself grounded when life kicks you in your furry little cotton tail?

Matthew: Turbulent is an understatement. As far as “girl troubles”… when are those not existent in MY life, ha,ha. But everything’s coming back together in that aspect. But to be honest, I am going through a lot of things that I am having an extremely hard time coping with and at this point I’m far past the “staying grounded” point, I’m way up in the sky and I’m not sure how the hell I’m going to step foot on solid ground, or if I ever will. Here’s to hoping….

MM: I’ve seen a couple of articles that might indicate trouble at Victory Records, your label. Have these problems affected you? Do you think they spell trouble for TBTB’s future?

Matthew: I really haven’t spoken out about this but I’ve actually fulfilled all contractual obligations to VR. So, we’re not really on the label? I don’t know, man… We’re looking around, seeing what’s out there as of now. Victory will be fine though, always are. Strong team over there.

MM: Do you think you will ever move past The Bunny The Bear into a new project? What do you see as the future of the band?

Matthew: I’m really not sure man, I’m aging, dying. We all are. TBTB will always be my baby. My little bastard of a brain child. I’m just focusing on one day at a time currently.

MM: What great new things are on the horizon for Matthew Tybor, the man we know as “The Bunny”?

Matthew: Lot’s of music man! I also am currently working on a book of my writings. We shall see, we shall see… 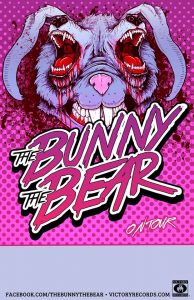