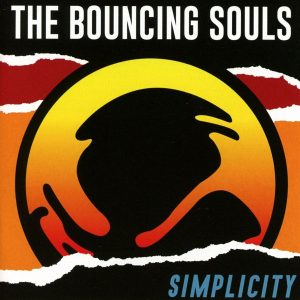 If you’d told me twenty years ago  when I saw them blew the roof off the TJ’s, that The Bouncing Souls would be still be releasing sing-a-long, anthem filled punk rock records well into the next millennium, I’d probably have laughed in your face and told you to do something incredibly rude to both your mother and yourself. But here we are, and here they are, doing what they’ve always done with the advantage of having been able to hone their craft to razor precision thanks to age, wisdom and thousands and thousands of miles of road experience under their collective belts. Their patented brand of infectious, feel good, high velocity, pop heavy, melodic punk rock sounds stronger, tighter and more focussed than ever, and I’ll bet any of you a case of Victory Golden Monkey that most bands spend their entire careers wishing they could write songs as catchy as I Wanna Be Bored, Euphoria, Digital Twilight Zone, Hey Alien, Rebel Song or Bees. And you know what? I’d win that bet every time.  I’ve always thought of these guys as being the East Coast version of the Descendents with a huge dose of the early Ramones drive and energy thrown into the mix, and Simplicity proves that I was right all along. Some things, like the finest of fine wines and The Bouncing Souls just get better with age. Here’s to the next two decades… Tim Cundle