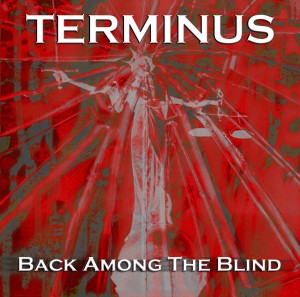 Terminus – Back Among The Blind CD (Boss Tuneage)
This reissue completes the fantastic job that Boss Tuneage have done in making the back catalogue of this massively underrated band available once again. Terminus were on the gig circuit between the 80s and early 90s and I was lucky enough to catch them a couple of times (on the next rainy day I’ll even dig out some photos I took of them and share them in MM!) where their live shows always blew me away. Over the years I picked up their various 7″ releases and had a battered copy of their debut album, but somehow I never got my hands on this second album, so this is a real undiscovered gem for me. As ever, Mark Richardson has got a great voice with a slight folky touch, think somewhere between Dave Vanian of The Damned and Greg Graffin of Bad Religion. On the whole this is Terminus’ most consistent recording session, blending thrashier rhythms with solid tunes and those powerful vocals that I love. Terminus were very political and this record is no exception, with songs outlining their despair at the state of modern society. Sadly nothing has changed on the past 15 years and these songs are still all too relevant today. All in all a great document and a very worthwhile re-release. Tom Chapman

Music
One comment to “Terminus – Back Among The Blind”