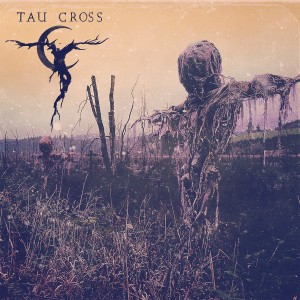 Tau Cross – Tau Cross CD (Relapse)
This self titled debut release featuring members from Voivod and Amebix will be one of the highlights of 2015 in the way of musical output, without a doubt; and that is an assumption already made with only a few days worth of listening. Mixing the dark sounds of Killing Joke, the technicality of Voivod, the harshness of Amebix and to some certain extent the soulful-ness and feel of New Model Army; Tau Cross have created a stunning soundscape – this is a crust punk metal amalgamation of superior quality. Rob Miller (Amebix) excretes a brutally ruthless resonance with his toxic vocalisation leading a band that is firmly rooted by Away’s (Voivod) mechanical tribal rhythms, solid beats of heavy groove, a powerful bedding of alternative vibe. Tau Cross have songs that infuse aggression but rhythms which keep a memorable tune, taking enough from each genre mentioned but never pigeon holing their diversity. To see this band live is top of my wish list at present. Mark Freebase