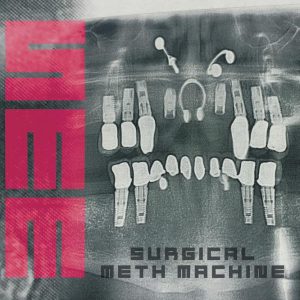 Al Jourgensen is an unpredictable musician. Bouncing from Ministry to The Revolting Cocks to I don’t even know what else he has even battled addiction yet continued to release music. In 2016, a year people seem to agree was terrible, he released a great album under the moniker Surgical Meth Machine. Let me begin by saying that I like SMM much better than any Ministry album released since Psalm 69. Uncle Al’s new album is more about the music than the politics and creates a much better listening experience than Rio Grande Blood could have ever hoped for. What we have here is what I hope is the continuing direction Mr. Jourgensen pursues in his creative career. Combining the industrial music he’s known for with a fresh outlook is a winning combination and one that I’m sure to enjoy for many years to come. Jim Dodge