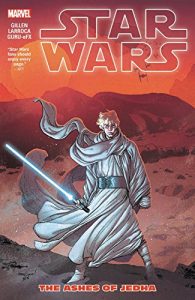 I’m gonna go out on a limb here and state something that I never thought I’d find myself saying, but you know what? I’m leaning towards believing that Rogue One is the best Star Wars film. Whereas The Force Awakens was a rollercoaster romp of a ride, full of wild derring do and triumphant moments of stand up and punch the air (and then get asked by the cinema attendant to kindly sit down) with the obligatory, heavy emotive heart string tugger, Rogue One was a different beast entirely. Released from the yoke of the beloved lead characters, and thus kicking off with a clean slate, a whole host of new places, worlds, cities, good guys, bad guys and everyone in between meant that nobody was safe and who knows what will happen to anyone and everyone. Spoiler alert – they didn’t bottle it and pretty much killed ‘em all! Marvellous. As well as killing off pretty much anyone still breathing on Scarif after the Death Star plans were transmitted, we had previously also witnessed the brutal destruction of the Holy City of Jedha by the fledgling Moon like Space Station. The action and adventure then flew off from the devastated world never to return. Until now, in The Ashes of Jedha, the latest in the new line of Star Wars tales.

After a huge chunk of the planet has been totally decimated and the kyber crystals pillaged, it seems there is no point remaining on the now desolate and derelict planet but no, life somehow endures. The Empire are intent on digging out the remnants of the all important crystals with the help of the glamorous Queen Trios and her forces. Talking of remnants, the small band of rebel extremists who followed the late Saw Gerrera are intent on stopping them. With Luke, Leia, Han et al seeking out the enigmatic Benthic, who you’ll recognise from the film, the scene is set for yet more of those classic Star Wars like tales we all love where good and evil clash and much mayhem ensues. There are a number of things going for this book that drew me in like a Mynock to a power cable. Firstly, the artwork and general tone of the scenes around the dying planet are so filthy and gritty that can almost feel the searing intensity and need to wipe your brow and wear a visor over your eyes. Secondly, and in contrast, Krancha, a new villain of the piece stands aboard the clinically clean Star Destroyer orbiting the doomed planet. The contrast between the soon to clash worlds is finely played and a tense narrative unfolds. The other aspect I really enjoyed was the fact that our regular rebels are not welcomed as all conquering heroes, and the band of bandits eeking out a living, or well, just surviving, on the dying world don’t trust them and hardly give them a big hug and share a pint of blue milk. Their urban guerilla ruthlessness does not always sit right with our favourite Princess and co. So the set up is great. A miserable planet about to cease to be, a band of mismatched rebels uniting against a common enemy, an atmosphere of lingering dread … it should be so good.

Well, it sort of is, but it sort of isn’t. If you’ve read Star Wars comics before – if you haven’t why are you here? – you’ll spot the usual threads and plot points: get aboard and sabotage the Empire’s hardware, a Jedi-to-be dealing with a crisis of faith and seeking mentorship from an enigmatic elder, the pantomime villain and mysterious locals with an unorthodox approach … it’s all been done before. There’s nothing new narrative wise but, and this a big one, if it’s done well, we all keep coming back for more don’t we? Benthic is great. He could be the new Boba Fett. A real git and the fact he never speaks “Basic” is a nice touch. Imagine been stuck in a harsh desert environment where nobody speaks English and someone is trying to kill you. Ooh bit political maybe … The insidious Imperial leader Commander Kancha turns up chewing scenery and bullying underlings and you wonder, was a certain Sith Lord sat taking notes. His ally Queen Trios is less interesting initially, but stick with it and she certainly plays a killer hand …

So, more Star Wars? Yes please! More of this dismal, doomed and dying world? Of course. More on the escapades of Rogue One survivors? Good lord yes. Not bad. Not bad at all. Marv Gadgie