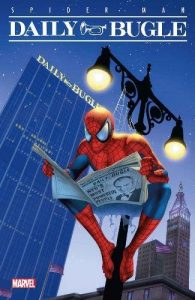 Ink gets in your blood. Spending endless hours in a newsroom, pouring over and panicking about deadlines while trying to conjure up another thousand lines or five column inches might sound like purgatory, but if you’ve ever experienced it, you’ll know that it’s anything but. The rush of completing everything at the last minute, having the copy hurried into production and then to the presses, well that’s the kind of high that money just can’t buy.

I was writing film, music and theatre reviews for my local paper when I was fourteen, going into the offices of said paper for odd days here and there and helping out with everything during my school holidays and I even did my work experience there. It was almost inevitable that I’d end up as journalist, working my days away on a variety of small papers, but just as it was time to do the whole career thing, newspapers became centralised. Everything was produced digitally in an office warehouse based in one location and the human element and interest stories that had drawn me toward, and made me want to be a part of, the fourth estate disappeared almost overnight. And so did my interest in a career in mainstream journalism. But when the Daily Bugle arrived, it reminded me just how much I’d loved the chaotic, crazy world of print news and how much I miss it now it’s gone.

Collecting the very best of the tales based in, and around, the bastion of Peter Parker’s life, the heart of Spidey’s New York, J. Jonah Jameson’s first love and the paper that never sleeps, the Daily Bugle is compulsive, enthralling exploration of the lives of the men and women who hunt down and write the news and the stories of the scrapes, trouble and near death experiences that they routinely become involved in while doing their jobs. Whether it’s the noir flavoured, gritty black and white underworld expose detailed in the Daily Bugle, the tragic tale of loss, revenge and redemption and a newbie newshound finding her way in the headline heavy world of capes that plays out in Deadline (which incidentally is the pick of the litter thanks to Bill Rosemann’s snappy prose and incredible characterisation and Guy Davis’ eye popping artwork) or the tales of J. Jonah Jameson’s voyages of self-discovery that offer a peak behind the curtain that hides the history of this surprisingly complicated and multi-layered character, the Daily Bugle has it’s all.

Surprisingly Spidey light for a book that bears his name, the Daily Bugle is refreshing and different and offers a whole new perspective on the “silent” majority of the Marvel Universe.  These are the stories of the people behind the scenes and the sacrifices they make in order to share what’s happening in the world with the masses and like the best of the publication it celebrates, it not only reads well, but it looks good too. It’ll make you scowl, it’ll make you smile and rethink a lot of what you though you knew about Pete’s colleagues at the Bugle, but most of all it’ll have you cheering on, and for, the underdogs who lay everything on the line for the Daily Bugle. Ink, it gets in your blood… Tim Cundle