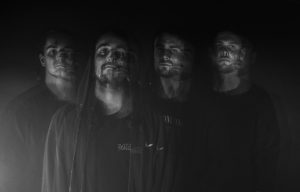 Southern Lord are shining the spotlight on Denmark again for their newest signing, in the form of Frederica’s Lifesick, an overwhelmingly hard hitting act that take aggressive, mosh-primed hardcore and introduce it to morbid extreme metal. Their debut LP, 6 0 1 (recorded at Dead Rat Studio by Jacob Bredhal and mastered by Brad Boatright), will be released by the label on vinyl and digital formats in November, following on from the CD release by FWH Records.

Lifesick twist the clobbering sounds of bands like Merauder, Xibalba and Nails, and it matches the northern European climate: harsh, cold, and steeped in metal history. Between spin kick beatdowns and direct forceful vocals, the young Danes make their mark with evil melodies that ooze black and death metal vibes, all delivered in the crushing tone of the HM-2.

Catch Lifesick at some of their planned upcoming shows: