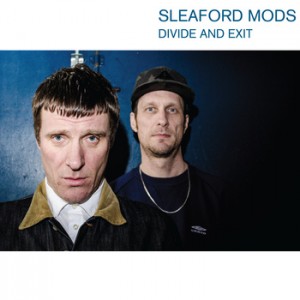 Sleaford Mods – Tiswas EP/CD (Invada Records)
Following on from their recent singles compilation (‘Chubbed Up’), Nottingham’s finest Hipunk hop duo return with 5 tracks – 4 new ones and ‘Tiswas’ lifted from the bands ‘Divide and Exit’ album released earlier this year. It’s more of the same musically – looped bass licks over simplistic beats although there’s a more organic sound to the drums on this release. Lyrically the band continue their attack on armchair anarchists, right wing media etc. It’s all good, so open your ears and get some Mods in your life. Ian Pickens