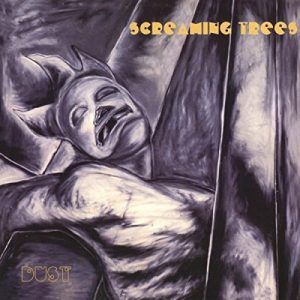 Originally released in July 1996, and the final official record from the Washington formed quartet, Dust saw the band leave in style. Over twenty years later it still sounds as invigorating as the day it was first unleashed upon the hordes of Seattle loving grunge-metal-punks. From the opening sitar driven and categorically memorising draw of Halo of Ashes right through to the closing bars of the undeniably formidable Gospel Plow, Screaming Trees show why they were much more than just the band that gave you the truly epic Nearly Lost You single from the score of the movie Singles. There is a richness and warmth that flows through the ten songs on Dust, and it’s not just the soothing tones of the notable Mark Lanegan that carry it all off; no, the contents of Dust delivers rhythms and songs that captivate a real feel of sombre intensity. The record draws you in whilst carefully leaving a mind-set of inquisition often causing repeated playbacks. Disc two offers non- album B-sides and live renditions amongst its eleven tracks, but it’s the inclusion of Darkness Darkness (originally recorded for the True Lies soundtrack) plus the very rare studio versions of Morning Dew and Freedom that intensify the quality of this digipak expanded edition. As always HNE have bumped up the contents with a superb booklet (eighteen pages) filled with pictures, liner notes, press cuttings etc. etc. and have not held back, giving any alternative music loving fan a real bang for buck. All I Know, Dying Days, and the upbeat punky groove of Witness have well and truly been given a superb welcome back. If you didn’t hear it back in the day take heed, this is one of the Grunge era diamonds. Mark Freebase