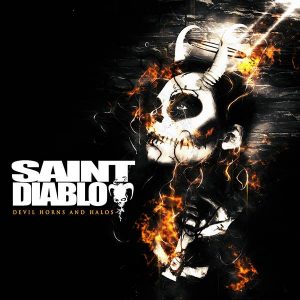 Released on November 13, 2015, Devil Horns and Halos proves that Saint Diablo is not a one trick pony and that, while many bands have a sophomore slump, they just keep getting better. While they prove to still have that anger fueled aggression they have refined things to a razor edge. These songs are tighter and even more devastating than those on their self-titled debut. From the title track to Ancient Astronauts through to the end of Reincarnation, Devil Horns and Halos is a fully functioning metal monster that should delight SD’s current fans and should also help to swell their fan base. Add in Tito’s inborn Latin charisma and you have a band that deserves to fill arenas and sell platinum albums. Jim Dodge