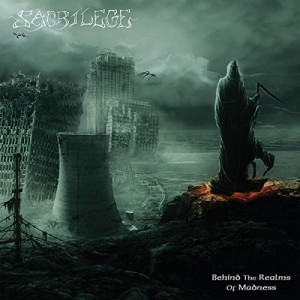 An eagerly awaited reboot, as this is the first ever fully authorised reissue of the 1985 debut album. Personally I think this version sounds (in every way) better than the original my teenage ears heard at the time. Combining elements of thrash, crust, punk and metal; the underlying dirty edge of the band gave a genuine street feel of 80s Britain. ‘Lifeline’ is a ripping opener that thrashes as hard as any early day Slayer tune, and the unadulterated vehemence with which Tam spits the vocals creates a concrete sound of pure ferocity. The chugging groove of ‘Shadow from Mordor’ is a real head-banger pleaser, whilst the speed of ‘A Violation Of Something Scared’ is a brutal reminder of how good things were back at this pivotal time of newly innovative music. The guitar cuts through Sacrilege’s sound with such impact, it’s no wonder so many established bands still sight these as a major influence. Included alongside the original six tracks from the first issue is the bonus inclusion of three from ‘Within the Prophecy’…a welcomed extra. It is however, with brand new track ‘Feed’ that this whole album shines – slowly evolving from a steady lucid intro culminating into a powerful pent up tune of full power rage – a truly fitting return from twenty five years of silence. The couple of live tracks thrown in are a nice touch, but by no means essential. The metal elements never outshine the punk elements, as do the punk elements never overshadow any of the metal. Sacrilege’s crossover sound is as good now as it ever was. Mark Freebase