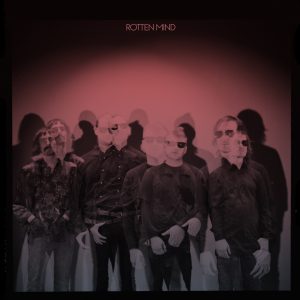 I don’t know what I was expecting from these chaps, but hot damn on hot dog Thursday, I wasn’t expecting this glorious fusion of new wave, garage rock and dark pop.  Rotten Mind sounds like the Dickies, the Buzzcocks and Abba joined forces to write songs for the Vapours and even though, on paper at least, it sounds a little weird, in the real world, it not only works, but it kicks your arse from here to Umea and back. Which is, you know, quite a long way. And a lot of arse kicking. Frantic, jangly guitars and driving rhythms back the sort of insanely catchy pop melodies that you’ll be humming in your dotage, in between those moments you spend telling your grandchildren that back in your day they had proper bands like Rotten Mind, who had proper songs that you could sing along to, and with.  I don’t know what the government have been putting in the water in Sweden or what kind of magic beans they’re feeding the populace, but whatever it is they’re doing, they’re doing it right, because Rotten Mind are incredible. These guys rule. And so does this record… Tim Cundle