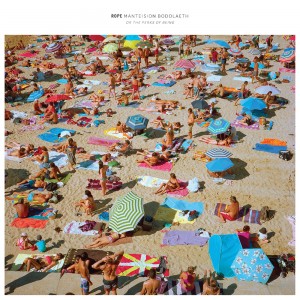 It’s all too easy in the immediacy of the digital age and when faced by the almost overwhelming power of mainstream advertising, radio and television programming to dismiss music as a disposable commodity; forgetting the joy, the freedom and exhilaration that it instils in all of us. Music was never meant to be something you just “listened” to, it has always been something that you experience with every atom and fibre of your being, something you feel deep inside that sends shivers and pulses of chemically and electrically charged rapture coursing through your cellular make-up and structure. Which is exactly what happens when you’re exposed to Rope, the strangely dissonant hybrid of Neurosis, Pink Floyd, Fugazi and Melvins., Their music steamrolls over and through your soul, neurons charging, electrons expanding and firing as their spluttering, roaring, Revolution Summer fuelled heart drives their oddly beautiful, cathartic and constantly mutating songs onwards, ever onwards. Incredible… Tim Mass Movement