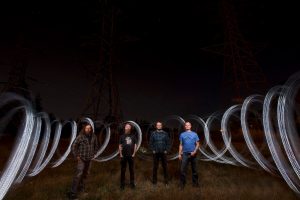 Portland rockers RED FANG have just shared a new single from their highly-anticipated new album Only Ghosts. “Not For You” has premiered via BBC Radio 1’s Rock Show

The  band kick off an extensive fall tour with a month of European tour dates on Sep 26, which will be followed by another month of U.S. dates. Labelmates Torche will open on both runs with Whores joining the U.S. dates.The band also announced the addition of a hometown (Portland) show to their forthcoming U.S. tour, confirming a Dec. 17 date at Wonder Ballroom. Check out a full itinerary below.

After three years of vigorously touring the world, RED FANG, the beer-loving Portland-based rock band whose new album was included in Rolling Stone’s list most anticipated 2016 releases, re-emerge with their greatest and latest full-length album, Only Ghosts. Produced by the legendary Ross Robinson (At The Drive In, The Cure, Slipknot, and many more) and mixed by Joe Barresi (Queens of the Stone Age, Kyuss, Melvins), Only Ghosts consists of 10 new tracks of the band’s signature, high-impact, hook-filled, hard rock. RED FANG prove once again they are top-notch songwriters who have mastered the heavy anthem without taking themselves too seriously. Only Ghosts is a rock album of incredible magnitude that demands to be played at maximum volume!

Only Ghosts is set for release this October 14 on CD/LP/Digital via Relapse Records.