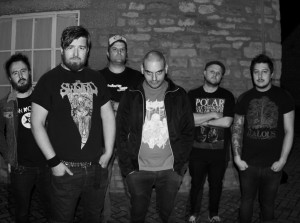 Following on from a hectic two years of touring and festival appearances, Sludge overlords Raging Speedhornare set to enter the studio with acclaimed producer Russ Russell (Napalm Death, Dimmu Borgir, The Wildhearts) on January 18th in Kettering to begin work on their latest album. Their first record with original vocalist Frank Regan since “How The Great Have Fallen” in 2005, and the first with their new line up.

Drummer Gordon Morison had this to say on the upcoming record:

“We’re hitting the recording studio this Monday coming, and we can’t fucking wait! It’s been a long time coming. We’re going to be recording the new record at Parlour studios with the mighty Russ Russell. We can guarantee that fans of classic Speedhorn will love the new album!”

The new album, which is as yet untitled, is set to be released later this year.